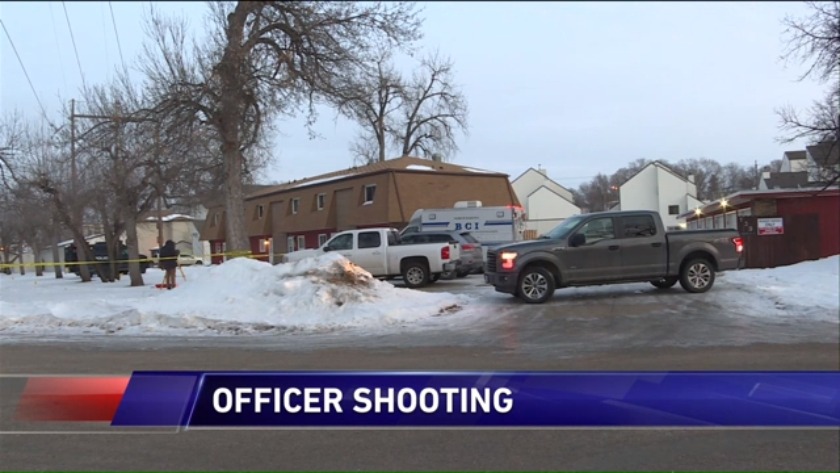 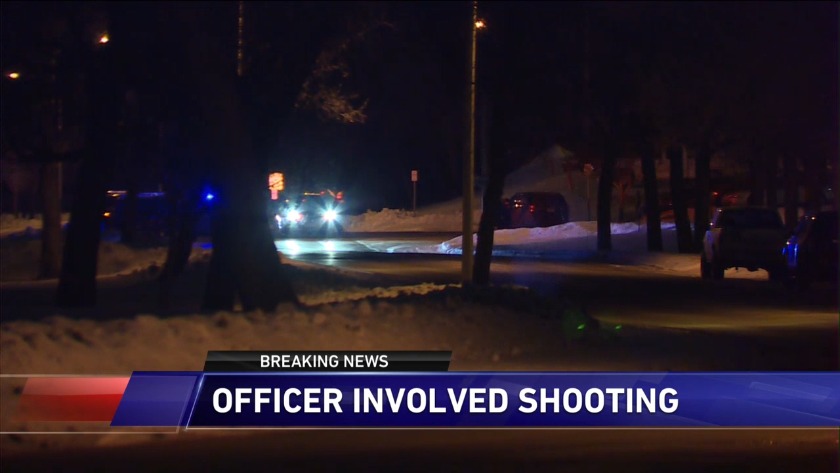 BISMARCK, ND - UPDATE: A Bismarck man with a record of threatening neighbors and police died in a shootout Thursday night.

Police responded to a call of loud noises and screaming at a town home complex last night around 10 p.m.

What started as a noise complaint late last night turned into a gun fight between a resident and the police.

Thrity-year-old Cody Carnes is dead after police say he attempted to shoot them. Residents say Thursday night by Sertoma Park seemed like any other.

"It was a pretty normal night. I heard a few cops going down the road, but I didn't really think anything of it. I didn't really hear any noise or anything,” Bismarck Resident Andrew Fosness-Steffen said.

Residents of this townhome began complaining of loud hammering and sawing from one of the units. When police arrived, they say they were greeted with threats towards them and bomb threats.

"Officers evacuated several residence nearby and attempted to contact the subject. The subject refused to come out of the residence and told officers he had numerous rounds of ammunition, and could blow up the neighbor's wall and had barricaded his door,” Bismarck Police Lt. Luke Gardiner.

After 10 minutes of negotiations, police say shots rang from the second floor, and they returned fire. When they entered the home, Carnes was dead.

This isn't the first time Police have spoken with Carnes.

Documents show police stopped at the residence twice for noise complaints on Dec. 28.

But neighbors say it hasn't changed their view of the area.

"I still feel safe and secure down here. I think it's a good place down here; there's a lot of good people,” said Fosness-Steffen.

Twenty officers were involved in Thursday's incident. Two have been placed on administrative leave until an investigation is complete.

We do not know if the man actually had a bomb in the residence. However, neighbors and police say that he had recently relapsed on drug use, and was prone to being aggressive during hallucinations.

UPDATE 6 AM: 30-year-old man is dead after being shot by West Dakota SWAT officers Thursday night.

Officers responded to a 911 call in the 100 block of Riverside Park Road around 10 p.m.

The caller reported loud noises consistent with sawing and hammering. The caller also heard the man state he had a bomb. Multiple calls had come in earlier that night for the same residence.

Officers evacuated several residences near by. The subject refused to come out and told officers he had several rounds of ammunition, could blow up the neighbors's wall and barricaded himself inside.

While SWAT officers were negotiating with the subject, they heard gunshots from inside the residence. Approximately 10 minutes later officers observed the subject shooting out of a second story window with a pistol. Officers responded by shooting back.

Officers found the man dead inside.

The closure ran from Sweet Avenue to Jefferson Avenue.

Customers concerned 'Mimosa Crawl' in Bismarck might be a scam

State of the State Penitentiary

Customers concerned 'Mimosa Crawl' in Bismarck might be a scam

State of the State Penitentiary