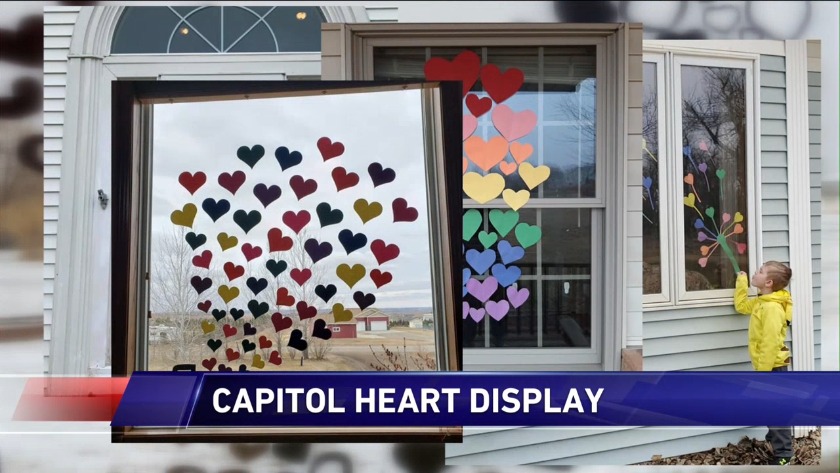 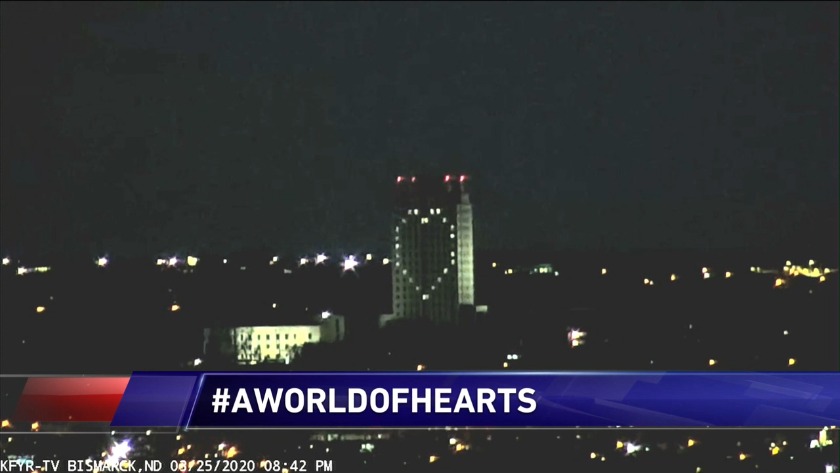 BISMARCK, N.D. - Gov. Doug Burgum announced the state Capitol windows would light up in the shape of a heart following the #AWorldOfHearts.

When the sun goes down Wednesday night, the city of Bismarck will be illuminated by a heart on the south side of the Capitol in response to the pandemic that has affected many in our state.

The idea stemmed from a Facebook campaign that began right here in Bismarck and has sense spread nationwide.

Take a drive around town and you will soon notice hearts in every window.

"As part of our work here at the State of North Dakota, we're working tonight to set up lights at the state capitol," said Gov. Doug Burgum.

Now, they're working to turn the paper plan into the display

"It's going to take a couple of hours tonight to get it set up," said John Boyle, facility management division for the state capitol.

Mandy Gill, the founder behind the campaign says the display represents the determination of our state.

"It’s a sign from our to government saying we are in this together, we are North Dakota strong. We're going to make it through this," said Giill.

As windows get prepared...

"We know that people really enjoy driving by on Boulevard and looking up across the mall. Seeing the heart, they'll especially like the heart this time," said Boyle.

The heart will illuminate for longer than other displays.

"For it to be up for five days makes it even more special," said Boyle.

A light in the shape of a heart, spreading love and friendship through one window at a time.

The state is also creating its own campaign, inviting people to share their stories of care and support using #InThisTogetherND.

No new ND COVID-19 cases since this morning; Total remains at 98