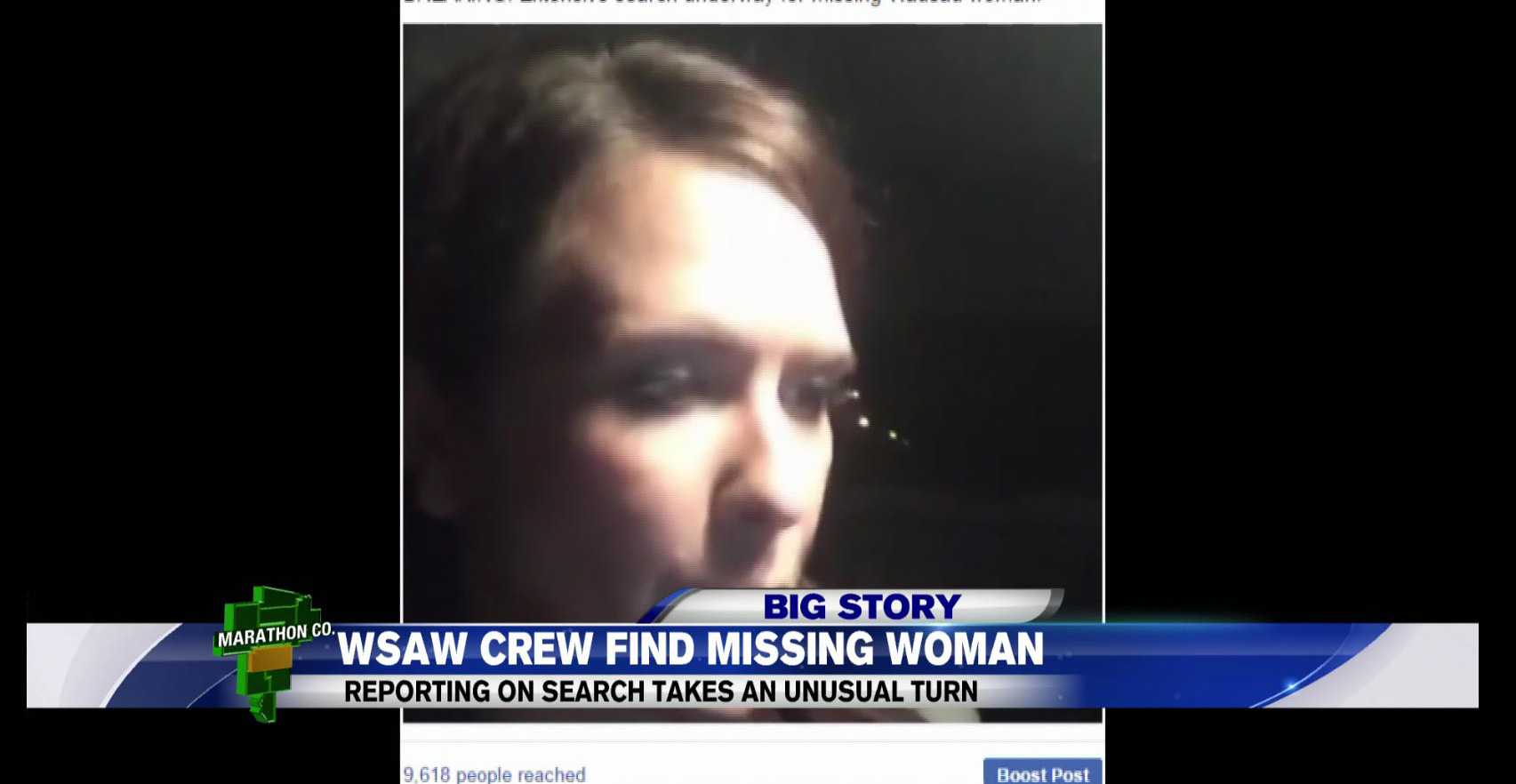 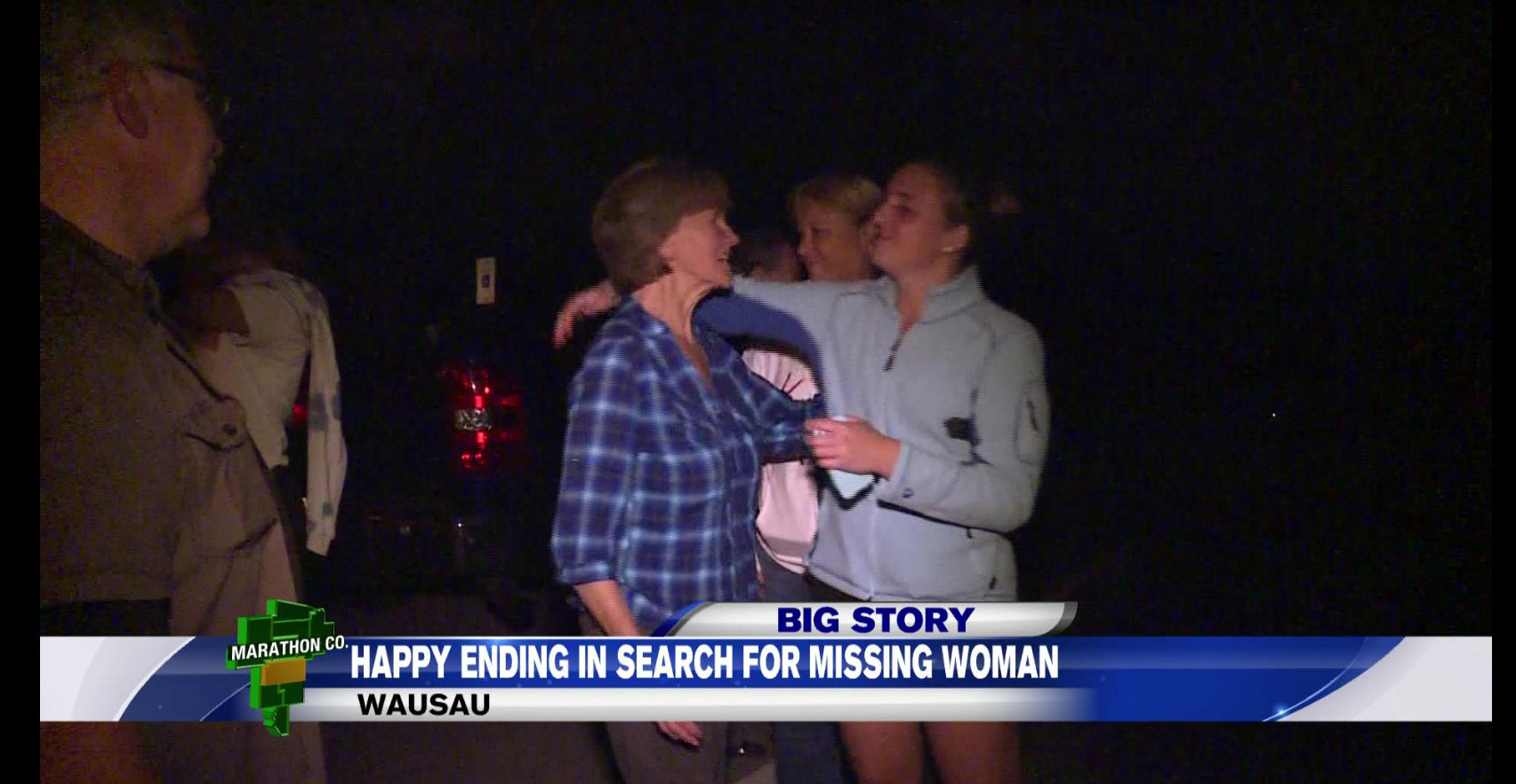 WAUSAU, Wis. (WSAW) -- Working to alert the public about the search for a missing Wisconsin woman took an unusual turn for two WSAW employees.

WSAW Anchor Holly Chilsen and Producer Ashley Hommer were assigned to cover the search for 74-year-old Karen Lauren when they found themselves face-to-face with the woman.

"We were obviously there to work and we were looking for good shots, but, at the same time, we were looking out to see if she was there too, Hommer said. "Just kind of scanning the woods, scanning the darker areas, just in case [we would see her]. It was always in the back of our minds.”

“I think it's a natural thing to do because you think, ‘What if it was your family member? If it was them?’” said Chilsen.

As part of their work in the field, Chilsen and Hommer provided live updates on Facebook (below).

"Whenever somebody's missing, you want to find them as soon as possible," said Wausau Police Officer Nick Stetzer. Stetzer was one of several law enforcement officials leading the search for Lauren at Sylvan Crossings, the assisted living facility she walked away from Friday night.

Police said at least 75 people joined the search in an area described as heavily wooded and lacking lighting. Chilsen and Hommer said they were driving when they came upon a pedestrian.

“I saw a person walking on the side of the road, and my first reaction was, ‘Well, this person doesn't have a flashlight. Obviously, they're not part of the search party,’ and then the closer we got [I think I said], ‘I think this is Karen,’” Chilsen said.

It was how two people who set out to spread the word about the search for Lauren helped end it six hours later early Saturday morning.

"Seeing her face, we're like, 'Wait a minute, I think that might be her.’ Holly instantly pulls over, gets out of the car. We figure out that it's [Lauren], call police and we're immediately on the phone with Wausau police, ‘Hey, we found her,’ and it was a crazy whirlwind at that point,” recounted Hommer.

"We pulled up. Holly and I both got out of the car and I’m about ready to open the door to let Karen out, and just this swarm of people come towards her yelling, ‘Grandma, oh my gosh, we found you.’ I just had to kind of step back for a minute and let them have their moment too, so that I can have a moment to freak out,” Hommer said.

“It seemed like [Lauren] was doing really good,” said Stetzer. “While we were there, she was smiling and she seemed happy.”

Chilsen and Hommer remain humble about the role they played in reuniting Lauren with her loved ones.

“I think we did what anybody else would have done. No matter what, we wanted to see someone reunited with their family,” Hommer said.

“All you hope for is that good outcome, and as long as we have that,” said Chilsen. “It's not about us. It’s about [Lauren] and her family and the face that they have-- this huge relief when things could go a lot worse."

The two are also reflective on the role the community played in quickly coming together to spread the word about the search for Lauren.

“It definitely gives you that sense of pride of where you live, and to have that support of everyone who lives here. It makes me happy to live here,” Chilsen said.

Read the original version of this article at wsaw.com.